The Shadow Side of God: Biblical Texts

After these things God tested Abraham. He said to him, ‘Abraham!’ And he said, ‘Here I am.’ He said, ‘Take your son, your only son Isaac, whom you love, and go to the land of Moriah, and offer him there as a burnt-offering on one of the mountains that I shall show you.’ So Abraham rose early in the morning, saddled his donkey, and took two of his young men with him, and his son Isaac; he cut the wood for the burnt-offering, and set out and went to the place in the distance that God had shown him. On the third day Abraham looked up and saw the place far away. Then Abraham said to his young men, ‘Stay here with the donkey; the boy and I will go over there; we will worship, and then we will come back to you.’ Abraham took the wood of the burnt-offering and laid it on his son Isaac, and he himself carried the fire and the knife. So the two of them walked on together. Isaac said to his father Abraham, ‘Father!’ And he said, ‘Here I am, my son.’ He said, ‘The fire and the wood are here, but where is the lamb for a burnt-offering?’ Abraham said, ‘God himself will provide the lamb for a burnt-offering, my son.’ So the two of them walked on together.

When they came to the place that God had shown him, Abraham built an altar there and laid the wood in order. He bound his son Isaac, and laid him on the altar, on top of the wood. Then Abraham reached out his hand and took the knife to kill his son. But the angel of the Lord called to him from heaven, and said, ‘Abraham, Abraham!’ And he said, ‘Here I am.’ He said, ‘Do not lay your hand on the boy or do anything to him; for now I know that you fear God, since you have not withheld your son, your only son, from me.’ And Abraham looked up and saw a ram, caught in a thicket by its horns. Abraham went and took the ram and offered it up as a burnt-offering instead of his son. So Abraham called that place ‘The Lord will provide’; as it is said to this day, ‘On the mount of the Lord it shall be provided.’

Jacob got up and took his two wives, his two maids, and his eleven children, and crossed the ford of the Jabbok. He took them and sent them across the stream, and likewise everything that he had. Jacob was left alone; and a man wrestled with him until daybreak. When the man saw that he did not prevail against Jacob, he struck him on the hip socket; and Jacob’s hip was put out of joint as he wrestled with him. Then he said, ‘Let me go, for the day is breaking.’ But Jacob said, ‘I will not let you go, unless you bless me.’ So he said to him, ‘What is your name?’ And he said, ‘Jacob.’ Then the man said, ‘You shall no longer be called Jacob, but Israel, for you have striven with God and with humans, and have prevailed.’ Then Jacob asked him, ‘Please tell me your name.’ But he said, ‘Why is it that you ask my name?’ And there he blessed him. So Jacob called the place Peniel, saying, ‘For I have seen God face to face, and yet my life is preserved.’ The sun rose upon him as he passed Penuel, limping because of his hip. Therefore to this day the Israelites do not eat the thigh muscle that is on the hip socket, because he struck Jacob on the hip socket at the thigh muscle.

The Lord said to Satan, ‘Have you considered my servant Job? There is no one like him on the earth, a blameless and upright man who fears God and turns away from evil. He still persists in his integrity, although you incited me against him, to destroy him for no reason.’ Then Satan answered the Lord, ‘Skin for skin! All that people have they will give to save their lives. But stretch out your hand now and touch his bone and his flesh, and he will curse you to your face.’ The Lord said to Satan, ‘Very well, he is in your power; only spare his life.’

Then his wife said to Job, ‘Do you still persist in your integrity? Curse God, and die.’ But he said to her, ‘You speak as any foolish woman would speak. Shall we receive the good at the hand of God, and not receive the bad?’ In all this Job did not sin with his lips.

After this Job opened his mouth and cursed the day of his birth. Job said:
‘Let the day perish on which I was born,
and the night that said,
“A man-child is conceived.”
Let that day be darkness!
May God above not seek it,
or light shine on it.
Let gloom and deep darkness claim it.
Let clouds settle upon it;
let the blackness of the day terrify it.

Then the Lord answered Job out of the whirlwind:
‘Who is this that darkens counsel by words without knowledge?
Gird up your loins like a man,
I will question you, and you shall declare to me.

‘Where were you when I laid the foundation of the earth?
Tell me, if you have understanding.
Who determined its measurements—surely you know!
Or who stretched the line upon it?
On what were its bases sunk,
or who laid its cornerstone
when the morning stars sang together
and all the heavenly beings shouted for joy?

Job said, ‘I had heard of you by the hearing of the ear,
but now my eye sees you…’

The chief priests also, along with the scribes and elders, were mocking him, saying, ‘He trusts in God; let God deliver him now, if he wants to; for he said, “I am God’s Son.”’

In the same way the chief priests, along with the scribes, were also mocking him among themselves and saying, ‘He saved others; he cannot save himself. Let the Messiah, the King of Israel, come down from the cross now, so that we may see and believe.’

Jesus said, ‘If any want to become my followers, let them deny themselves and take up their cross and follow me. For those who want to save their life will lose it, and those who lose their life for my sake, and for the sake of the gospel, will save it.’ 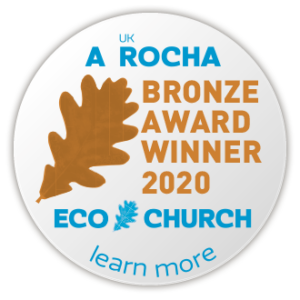